You are browsing the site archives for June 2015. 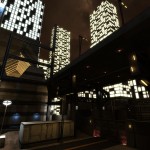 My household uses surprisingly little electricity during the summer, probably because we don’t run the AC much. Air conditioning is expensive, especially with an elderly outdoor furnace/AC unit that was manufactuered before Facebook was a thing. Without the AC’s 3.5kW draw, our electric bill stays nice and low most months–except when it doesn’t, for (seemingly) neither rhyme nor reason.

While investigating the months of higher electricity usage, I noticed that the house draws about 420W on average–at night. I was surprised that our baseline usage was that high, so I bought myself a Kill-A-Watt meter to see what was going on. The device is dirt simple. Suppose you have a thing, and you’d like to measure its electricity draw. You plug the meter into a wall socket. You plug the thing into the meter. You push buttons to switch between amperage, wattage, overall power consumption (in kilowatt-hours), and time since the meter was plugged into the wall. Bam. Profit.

With the last two items, you can estimate the average electricity draw over a long period of time. Dividing the total consumption (in kilowatt-hours) by the time the equipment has been running (in hours) nets you the average electrical draw over that time period (in kilowatts). This is useful for devices with intermittent load, like refrigerators.After some unscientific experiments, I got some numbers on instantaneous power draw from my old hardware:

Immediately I spotted some things that were using far more electricity than I had assumed. The Core 2 Quad box is one. In retrospect, the waves of heat pouring out the back of the case should’ve been a hint. I took its 4 hard drives and put them in the NAS. It uses a third the current, and while its CPU is sloooooow, it does do what I need it to do, and I can accept the loss in performance. The wired router is another device that could be replaced to save. In addition, LCD monitors use more electricity than I realized; I’m making a concentrated effort to turn them off when I’m not around, or to configure their power saving modes more aggressively.

I’m going to go back and measure every device I have using a more rigerous method, noting down phantom power (draw when off), standby power (when applicable), idle draw, and loaded draw (under various CPU, hard drive, and GPU workloads). Eventually I’ll get a table of hardware set up here with various figures.

My independent study project turned into a full-blown research project last semester. The project involves benchmarking lots of physical and virtual machines, which means the project involves generating lots and lots of heat. My equipment is in a room that has no air conditioning on evenings and weekends. I knew it got hot in there over the weekend, but I wanted to know: just how hot did it get?

So, using the Intel Galileo Board 2 I won at IDF2014, I cobbled together a smart temperature sensor. It uses a TMP36 analog temperature sensor wired to the Galileo’s Arduino-compatible analog input pins. With the Yocto Linux image on an SD card, a little Python daemon, and some /proc filesystem flags tweaked to control the Galileo’s onboard analog-to-digital converter, I can scrape data from the temperature sensor and make it available as JSON feeds, which were then read in by another script to be processed into a HTML report. It’s a little kludgy, but it works.

You can find the actual (current) feeds of the equipment room here. A glance at the week graph shows the pattern of air conditioning availability.

I set up Minecraft Overviewer, a cool utility that generates isometric 3D views of Minecraft maps using a Google Maps API. You can use it to explore my Minecraft survival world. Check it out here.

I sync it semi-regularly with my server at home. For future updates, I’ll add a list of points of interest. 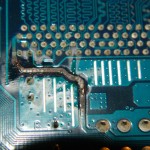